Burn-rite’s G range is a General Waste Incinerator specifically designed
to suit the need to incinerate General Waste at the point of source.

Burn-rite’s BR range is an incinerator range specifically designed
for the disposal of animal waste by-products at the point of source.

Burn-rite’s P Range is a Medical Waste Incinerator specifically designed to suit the
need to incinerate medical waste at the point of source.

Burn-rite’s Mobile range can be delivered fully installed on a trailer, with all the equipment
necessary to complete independent work in the field. 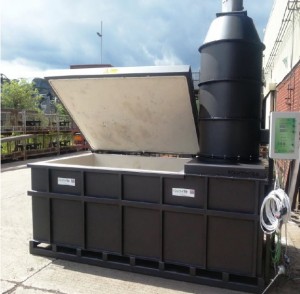 If you look up the word ‘incinerator’ in the dictionary you will find the following definition:

“An apparatus for burning waste material, especially industrial waste, at high temperatures until it is reduced to ash”

Such a simple definition doesn´t indicate the skill and technology which by law must go into the construction of all commercial waste incinerators.  However, before we go fully into the manufacturing requirements of these devices let’s look at where incinerators are used.

Every large hospital has its own incinerator which it uses to dispose of theatre disposables used during operations. This includes plastic syringes, oxygen and anaesthetic piping, paper gowns, surgeons gloves, needles and of course body parts.

Many hospitals with multiple operating theatres and treatment rooms create sufficient waste material which when burned provides enough heat to generate electricity. In some cases, smaller hospitals transport all of their waste to larger hospitals as a means of ensuring that its waste materials are dealt with safely and correctly.

Many local authorities have modern waste incinerators with which to dispose of rubbish and often, as with the hospitals, these are used to generate electrical power.

The maximum elimination of waste is what drives modern waste combustion, with the least formation of air pollutants during the process. Furans, PAHs (polycyclic aromatic hydrocarbons) dioxins and other fine particle pollutants have dramatically reduced in recent years due to industry initiatives and Environmental regulations.

According to the Environmental Protection Agency, dioxin and furan air emissions from municipal, hospital and veterinary solid waste incinerators reduced by 86% from 1987 to 1995. These emissions have reduced year on year ever since brought about by scientific research, advancement in waste incinerator technology and education in the correct operation of them.

Much of the progress made with industrial and medical waste incinerators concerns the burning temperatures achieved in the chimneys. The hotter the temperature is, the greater the destruction of particles will be.  In addition to very high chimney temperatures, fine sprays of water are used to “knock down” ash, and other materials, that could otherwise escape into the atmosphere and local surroundings.

It’s a fact; wherever you go in the UK it’s unlikely that you are more than four or five miles from a licensed waste incinerator.